Drugged Driver Kills Man on the Side of Interstate 80

Motorist Killed by Drugged Driver on the Shoulder of Interstate 80 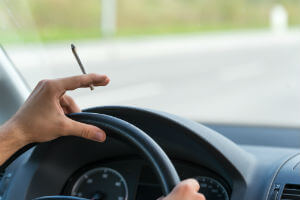 An Olivehurst man was struck and killed by another driver found to be under the influence of marijuana at the time of the accident on May 4, according to California Highway Patrol (CHP). The fatal collision occurred while a 40-year-old motorist was changing a flat tire on his Dodge Durango that was parked on the right shoulder of eastbound Interstate 80 near Riverside Ave in Roseville.

He was struck by a Honda Civic driven by a 24-year-old male from Vacaville who drifted onto the roadside shoulder and collided with the motorist and his SUV. The driver of the Civic waited at the accident scene for law enforcement and medical help to arrive. The victim was pronounced dead at the scene.

Law enforcement then detained and arrested the 24-year-old for driving under the influence of marijuana.

A new study revealed drugged driving has surpassed drunk driving as the leading cause of fatal traffic accidents for the first time.

The drug-impaired driving study was conducted by the Governors Highway Safety Association (GHSA) and the Foundation for Advancing Alcohol Responsibility (Responsibility.org), a nonprofit funded by a group of distillers. The study reviewed data from the 2015 Fatality Analysis Reporting System (FARS) Report to identify the substances drivers tested positive for in fatal accidents.

Of the drivers who were fatally injured in the U.S. during 2015, 43 percent tested positive for either prescription or illegal drugs. Thirty-seven percent had a blood alcohol concentration over the legal limit.

The study is the first to indicate that occurrences of drugged driving have surpassed those of drunken driving, as demonstrated by tests administered to deceased drivers and those who were fatally injured.

Drugged Driving Surges in the U.S.

Both GHSA and Responsibility.org have voiced concerns about the spike in drugged driving incidents reported throughout the U.S. in recent years.

According to the National Highway Traffic Safety Administration, incidents of drugged driving have gradually increased since 2005. During this time, alcohol was the leading cause of impairment and was detected in 41 percent of fatally injured drivers in the U.S. Only 28 percent of fatally injured drivers tested positive for drugs during this time, according to a former National Highway Traffic Safety Administration (NHTSA) official who helped create the study.

In 2009, drug use among drivers significantly increased to 32.8 percent. In 2015, 43 percent of fatally-injured drivers were found to have some type of drug in their system. In roadside surveys conducted by NHTSA in 2013 and 2014, illegal drugs, including marijuana, increased from 12.1 percent in 2007 to 15.1 percent. Prescription drug use, including opioids, among drivers also increased from 3.9 percent to 4.9 percent in 2013 and 2014.

NTHSA’s roadside surveys also concluded that drug use among drivers during weekdays (22.4 percent) was similar to that of the weekend (22.5 percent).

The most recent NTHSA data from 2015 shows that of 57 percent of fatally-injured drivers that were tested for drugs, 34.3 percent were found to have an identifiable drug in their system. Researchers were able to conclude that 7.4 percent had an unidentifiable narcotic in their system, while 2.9 percent produced unknown results.

Marijuana was found in 36.5 percent of all fatally-injured drivers who tested positive for drugs. Amphetamines were the second-most occurring drug and were found in 9.3 percent of drivers, according to the NHTSA.

Based on data provided by the NHTSA, the study was able to conclude that:

However, the organizations that created the study were not able to establish a correlation between the increase in drugged driving and the national opioid epidemic or states that have legalized recreational use of marijuana.

The study also determined how drugs increase the risk for accidents. It concluded that:

Unfortunately, most drivers do not understand how various drugs increase the risk of causing an accident. The survey included statistics that showed most drivers view drinking and driving to be a much greater cause for concern than driving after using marijuana (64 percent vs. 29 percent). The survey’s participants also believed that drunk driving is more common (56 percent vs. 34 percent) and increases accident risk more than using marijuana (98 percent vs. 78 percent).

In states that have legalized recreational marijuana, drivers are more likely to say driving after using marijuana is a problem compared to drivers in states where the drug is still illegal (43 percent vs. 28 percent).

Drugged Drivers are More Difficult to Identify than Drunk Drivers

Although traffic safety officials recognize there has been a nationwide increase in drugged driving, law enforcement agencies are often unable to address the issue adequately. Drivers impaired by drugs display fewer and less identifiable traits than those of a drunk person.

States should also enforce laws to make drugged driving penalties equal to those of drunk driving. Law enforcement agencies can also be more effective against drugged drivers by having saliva test strips that identify when a person is under the influence of drugs or alcohol.

Drugged driving has become a serious nationwide issue that endangers all motorists and pedestrians sharing the roadway. If you were injured in an accident or lost a loved one to a negligent driver under the influence of drugs, you may be entitled to legal action.

Our Sacramento injury attorneys have helped numerous victims and their families for more than four decades.

We always provide prospective clients a free, no obligation consultation to review your claim and determine if you are able to pursue damages from the at-fault party.

Call for experienced legal representation after a car accident.