What Happens After Settling a Personal Injury Claim?

What Happens When You Sign a Release After Settling a Claim? 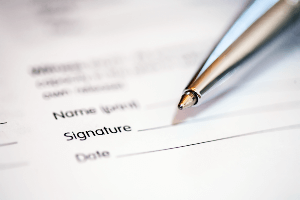 Signing a release form after reaching a settlement with the liable insurance company is generally the final step of the injury claim process. Your signature on that document bars you from pursuing additional compensation from the insurance company for the same injury, even if you incur additional damages. That is why speaking to an attorney before signing the release form is important.

Our personal injury attorneys in Sacramento are prepared to determine the full value of your claim. We know how to establish the value of your past, present and future damages to pursue maximum compensation. You need to feel confident that when you sign the release form you are not leaving any compensation you need on the table, and hiring an attorney helps provide that peace of mind.

What is a Release Form?

A release of all claims form is a document insurance companies require injury victims to sign before paying out a settlement. They are also called “liability release forms” because signing one releases the insurance company from liability for all damages once the settlement is paid out.

What is Included in a Release Form?

A release form should include the following basic information about the case:

A release form is also likely to include the following information, although release forms may vary depending on the insurance company:

Some release forms may also include a non-disclosure agreement, which means that the party accepting the settlement agrees to not discuss or share details of a settlement.

Generally, yes, if you want to receive the compensation from the settlement. Some insurance companies withhold the settlement funds from the injury victim until the release form is signed.

This could be good or bad, depending on the facts of your case, as you may be given up to 30 days to sign the paperwork.

Why You Should Speak to an Attorney Before Signing

Before signing anything that the insurance company sends your way after an accident, call an attorney who may be able to help you through the legal process. Insurance companies claim they have your best interests in mind, but they do not. They are primarily concerned with their bottom line, not with how you will be paying your medical bills.

Because signing a release form means releasing the insurance company from liability, you need to have an attorney on your side who can determine the full value of your claim. You do not want to leave money on the table because it is unlikely you will be able to get it back.

Our attorneys are prepared to negotiate a settlement that covers the costs of past, present and future damages after an accident. We know how important it is to get full compensation to help you move forward.

Give us a call today to schedule a free consultation.